Starcrash (It's Time To Hassle The Hoff) 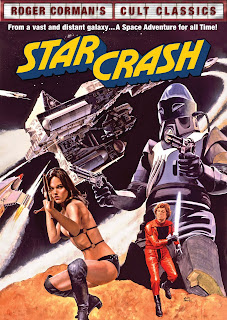 
How could a movie with box art this cool be so unbelievably boring?! "Starcrash" was written and directed by Luigi Cozzi (Who was also one of the directors responsible for "Godzilla") and stars Marjoe Gortner, Caroline Munro and Christopher Plummer. The plot is about a scantly clad intergalactic smuggler and her alien best friend who are tasked with rescuing an emperors son and destroying a super weapon. Also I should mention that the imperial son in question is none other than David Hasselhoff (If I can be honest, his performance here is nowhere near as good as that movie I saw where he laid on the ground and drunkenly ate a cheeseburger). In my time I have seen plenty of movies with the name Roger Corman stamped on them and for better or worse they were at the very least interesting (this is the man responsible for "Little Shop Of Horrors" (1960), after all). This film, unfortunately, is the exception that proves the rule. The movie was so boring I spent the entirety of the film thinking of all the things I could be watching that would be more interesting. 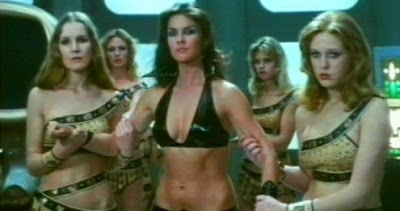 The following is my list of programming that would have been more interesting:

I guess the real stinger here is that in addition to being a dull film it is also little more than a blatant "Star Wars" rip-off. Let this be a lesson to you, taking a good film and replacing a large part of the cast with hot girls in bikinis while shooting with a fraction of the budget is never a good idea.