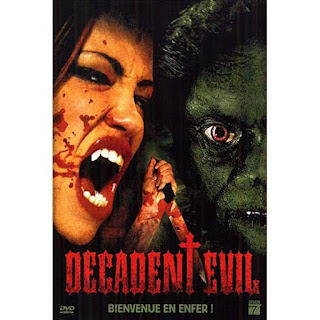 Score: 3 Out Of 10﻿
After the ordeal that was the "W﻿itchouse Trilogy," you think I would have learned my lesson about buying DVDs from gas stations. Apparently not. "Decadent Evil" caught my attention and despite knowing it was the same production company (Full Moon) as the aforementioned trilogy I thought, "Why not?" The reason Why should have been obvious. "Decadent Evil" was written and directed by Charles Brand. It stars Hazel Dean, Phil Fondacaro (my third favorite little person) and Raelyn Hennessee. The plot is about a vampire mistress trying to become the worlds most powerful vampire (there is a subplot about a little monster in a cage that has almost nothing to do with the rest of the film until the last ten minutes or so). One of the problems with this film is that judging by the trailers and box art, there is nothing to suggest that this is a sequel, but it is. In fact, the first ten minutes of this film are a recap of the first film, titled "Vampire Journals." 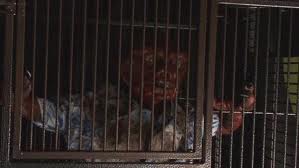 Normally this wouldn't bother me because the first film isn't very well known and it is nice that they are trying to bring people up to speed. Here is the problem: THIS FILM HAS ABSOLUTELY NOTHING AT ALL TO DO WITH "VAMPIRE JOURNALS!!!" The only connection is that the evil vampire mistress trying to take over the world is supposed to have been in the first film. There is another problem. The evil vampire mistress in question is named "Morella" and there is no character of that name in the first film. So why have a recap? It is just a way to waste ten minutes at the beginning of the film. On top of that, most of the acting is pretty bad and the movie is pretty boring for a film with vampire strippers. I can not help but feel I just wasted my time. Ugh...