Bloody Murder (How Not To Pay Tribute) 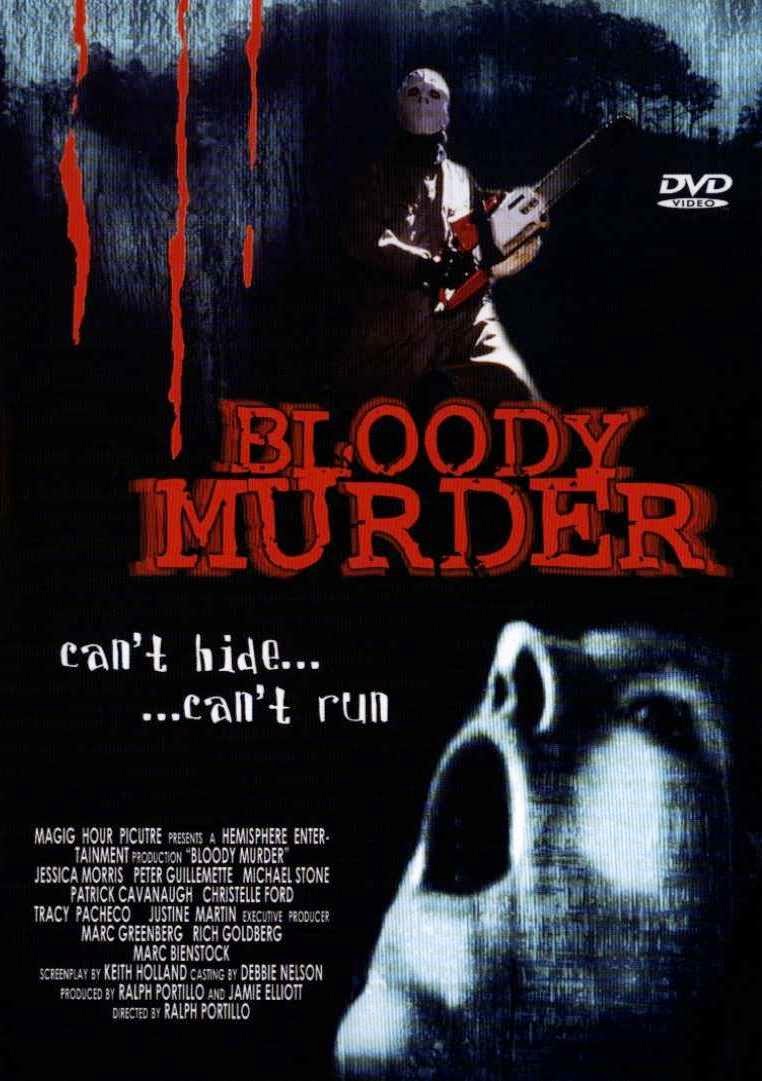 I have a question. At what point does your movie stop paying homage to another film, or film series, and just start ripping it off. This question popped in to my mind while watching "Bloody Murder (2000)" and I honestly can not come up with an answer. "Bloody Murder" was directed by Ralph E. Portillo and stars Jessica Morris, Peter Guillemette and  and Patrick Cavanaugh. The movie is about a group of kids in their late teens who show up to work at a summer camp a couple of weeks before the children arrive, but it is not long before a psycho in a hockey mask starts killing them off. The first fifteen to twenty minutes of this film are a blatant rip off of the first few "Friday the 13th (1980-1982) " films. There is even a scene where a seemingly crazy old man warns the kids not to go up to the camp grounds. I mean, it is almost as if they are trying to trick you into to watching this by getting you to think it is part of the "Jason" franchise. 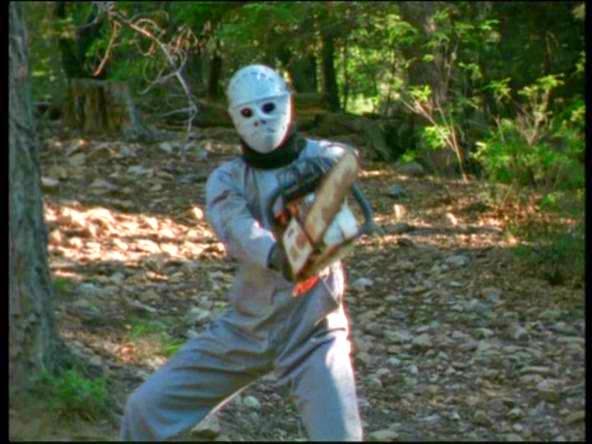 The picture to the left is a screenshot of the films antagonist, Trevor. Lame, right? After the first act, the film does try to do it's own thing and build an original story, but that actually seems to make things worse. The characters are very generic and sometimes behave completely erratically, the dialogue seems completely unnatural and for some reason, about an hour into the film, the over all sound quality goes down. At first I thought it was my TV, then my streaming service, but nope, it was the movie itself. The ending of this film is also extremely convoluted. I get the feeling they rewrote the ending of the film a few times over then decided to shoot and edit every single one of the rewrites. So, was this an homage piece? Yes, but even if you are a huge "Friday" fan, I cannot recommend watching this movie. Do yourself a favor and just watch a "Jason" movie.

The House On Sorority Row (Not A Boobie Movie) 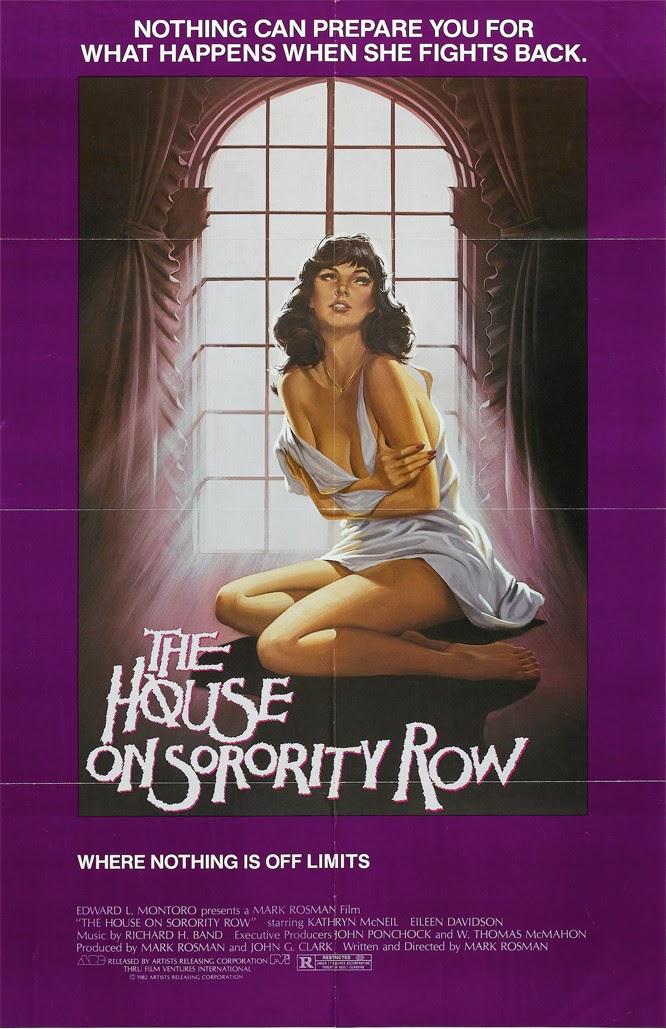 I was settling in and browsing through Hulu (which is quickly becoming my new favorite place to watch movies) when this very poster caught my eye. I have seen it before and always assumed it was what my wife refers to as a "boobie movie" and started watching. "The House On Sorority Row (1983)" was written and directed by Mark Rosman and stars Kate McNeil, Eileen Davidson and Janis Ward. The plot (which should sound familiar as it has been done at least a dozen times) follows a group of sorority girls who accidentally kill their head mistress and hide the body. But it is not long before the girls themselves start turning up dead. So the term "boobie movie" does not really apply, but I was pleasantly surprised to see a pretty good slasher flick. The film is pretty well acted (I was actually disappointed to see that some of these girls have not acted in anything else) and the ending is something that I genuinely did not see coming. Although admittedly the movie had some slow parts, the pacing as a whole really is not bad. 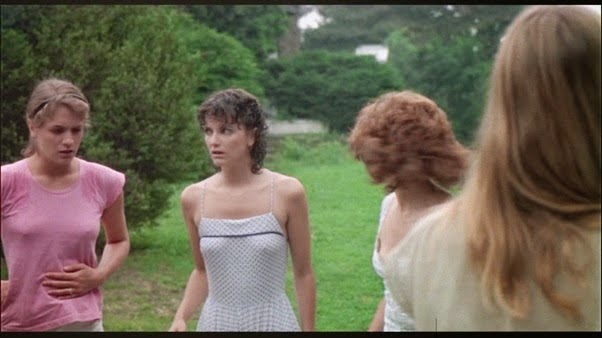 What really got me here is the way the film was advertised. I have seen this poster/box art in a few different places before and have always glossed over it because I thought it was just another excuse to show a bunch of naked girls on screen (there is some nudity, by the way) and that it what I really think hurts this movie. Had they sold it as a serious slasher film, I think we would today be mentioning it in the same conversations as "Friday The 13th (1980)" or "Halloween (1978)." Instead, we ignore it when trying to decide what movie to watch. I should also mention that this movie had a remake released in 2009 that I saw when it first came out. Given the choice between the two, the 1983 version is far better. It is better acted and better scripted, although, the 2009 film was better marketed.

Cannibal Women In The Avocado Jungle Of Death 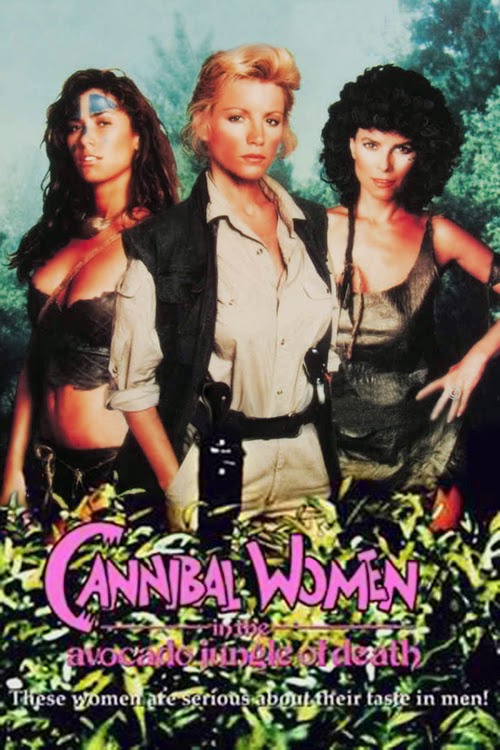 I was browsing Hulu  and saw "The Criterion Collection" and thought I would watch some thing really good. Then I some how settled for this stinker of a movie. I am still not even sure why I selected it. But I did. In hindsight, I probably should have stuck with my original goal. "Cannibal Women In The Avocado Jungle Of Death (1989)" was directed by J.F. Lawton and stars Shannon Tweed, Adrienne Barbeau and Bill Maher (I get that people are pretty divided on Mr. Maher, so let's leave politics out of this and just focus on the movie). The film is about a feminist professor who is hired by the U.S. government to try and talk a tribe of cannibal jungle women into relocating so they can protect the nations avocados supplies. She brings a dumb but pretty assistant and a male chauvinist guide (also kind of dumb)  along with her. So the film as a whole is not particularly funny (it is a comedy, by the way), but it does have it's moments and there is no shortage of scantly clad women. If you manage to watch this movie more than once color me impressed. 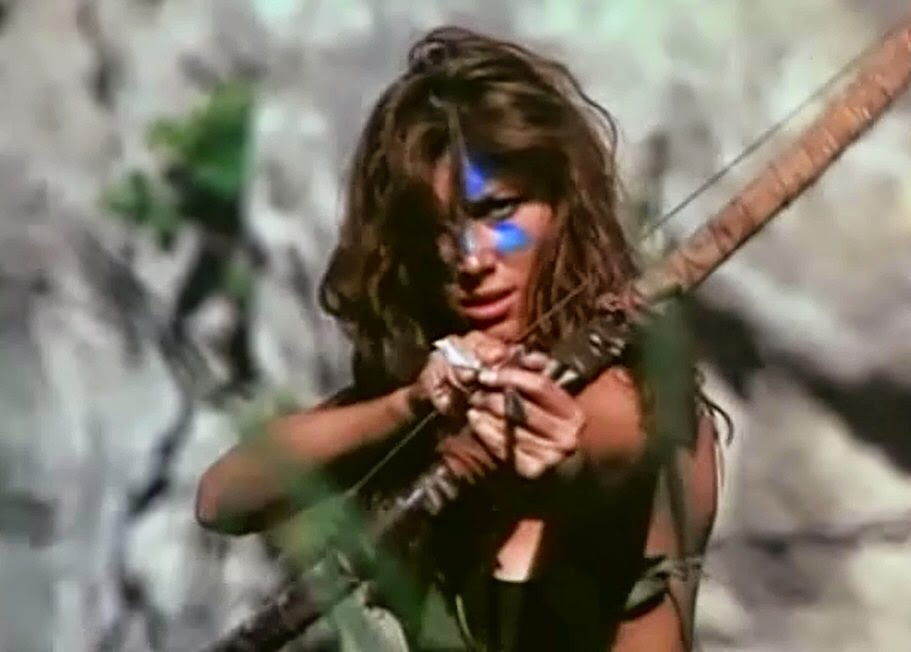 The real problem with the movie overall is that almost all of the humor behind this film was derived from stereotypes about men and women and how we interact with each other. This concept would be acceptable if at some point the film used some of it's humor to say something insightful but instead it just sticks to the same old "men are from Mars and women ore from Venus" jokes that you have heard since you were a kid. I honestly got about half way through this movie and started wishing that one of the "Piranha  Women" would kill me. The best compliment I could think of to give this movie is that the tag line at least made me chuckle, but then I felt immediately guilty afterwards.

Love,
The B-Movie Guy.
Twitter: @BMovieguy
Posted by B_Movie_Guy at 7:21 PM No comments: 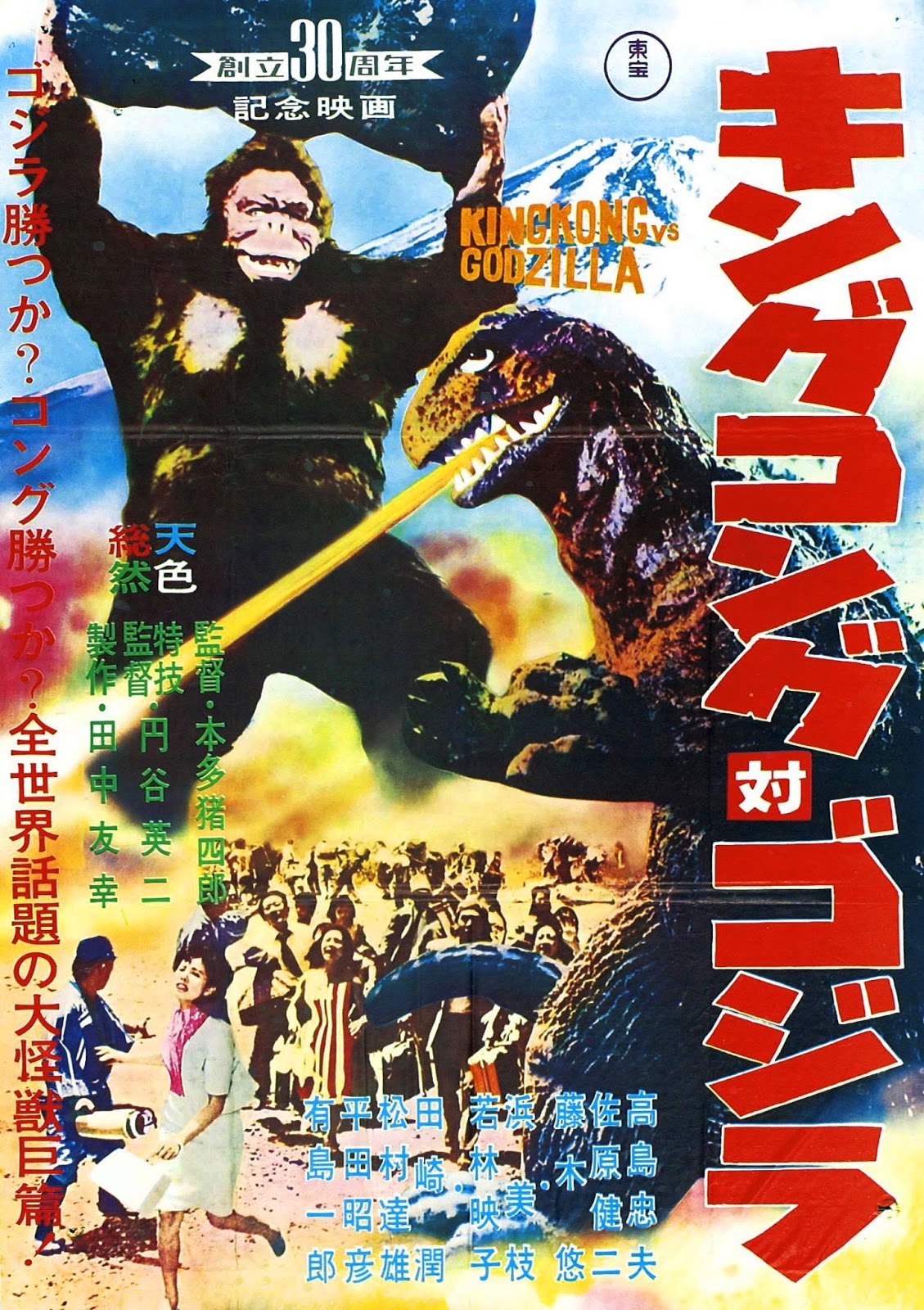 While on a recent trip to the store, I lifted my son up (he will be three in January) so he could see what was in the five dollar DVD bin. The very first movie he picked up was "King Kong Vs. Godzilla (1962)." I am a huge fan of "King Kong (1933)" and my son is a huge fan of "Godzilla (1954)." As you could imagine, we literally trash talke each other the entire drive home, then immediately watched the movie. "King Kong Vs. Godzilla" was directed by Ishirô Honda and stars Tadao Takashima, Kenji Sahara and Yu Fujiki. The movie begins with a pharmaceutical company kidnapping King Kong as a marketing gimmick. At the same time, Godzilla escapes his ice berg prison in the ocean. Eventually both monsters descend upon Japan for a kinda epic show down. In a weird kind of way, the semi-rivalry that developed between my son and I over the next hour or so is almost a metaphor for the movie we were about to watch. "King Kong" was, in fact, the film that inspired "Gojira."

The rivalry on screen plays out over about ninety minutes and actually set the pace for the next decade or two of Godzilla films and various other giant Japanese monster, or Kaiju, films. This was the first of the films to be marketed to younger audiences. As a result, people in the film tend to have silly reactions to the monsters rather than terrified ones. Also the monsters seem to appear more goofy than menacing. As a result, like most other films from this genre released through out the sixties and seventies, the film is silly and nonsensical. The special effects are bad and the acting is just plain atrocious. But for some reason, these films have a lot of charm to them. Maybe it is because it brings out the kid in me, or maybe it is seeing how much joy my son gets out of them. Either way, I am always happy to sit down and wastch one of these movies and "King Kong Vs. Godzilla," as silly and stupid as it may be, will from here on hold a special place in my heart.