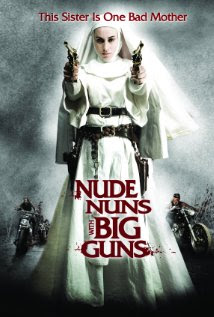 I honestly have nothing nice to say about this movie. The only reason it even scored a three out of ten is because I did not feel this film was as bad as some other films I have reviewed. "Nude Nuns" was written and directed by Joseph Guzman and it stars Asun Ortega, David Castro and Perry D'Marco. From beginning to end it was nothing more than a pure shitfest. To be fair the film did have it's share of nude nuns and some pretty big guns, but beyond that it offers very little. The plot is as basic as can be (a nun kills people because god wants her to get revenge for a slaughtered convent), the dialogue is terrible, the acting is all over the place (as soon as somebody starts to give a good performance they immediately do something to ruin it) and the movie as a whole is largely ripped off from almost every film ever mad by Robert Rodriguez. 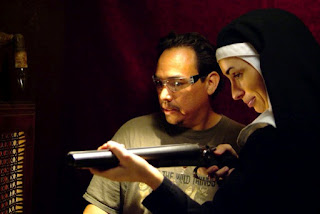 I'm not kidding. The worst is during the opening credits. I am ninety nine percent sure that was theme from "Planet Terror" playing. It is almost as if some studio bought a script and could not get Rodriguez to direct so they got Guzman (who by the way also directed "Run! Bitch, Run!"). In short I can not recommend you watch this film unless you are very drunk or need something to just make you feel angry for having wasted your time. You should be ashamed, Mr. Guzman. 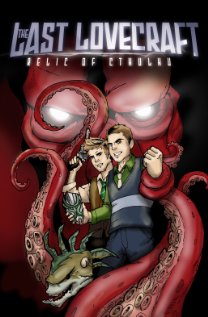 Score: 7 Out Of 10
I guess I am just rolling on the Lovecraft train lately. I was reading from the Necronomicon (this word should be familiar to any Sam Raimi fans out there) and got bored and decided to watch a movie. That is when I stumbled across "The Last Lovecraft: Relic Of Cthulhu." Our film is about a couple of slackers who are contacted by an ancient society and informed that one of them is the last living relative of famed horror writer H.P. Lovecraft. Then they are told that all the stories are real and are given a relic to protect. They then embark on a quest to find the the legendary Captain Olaf (keep an eye out for a reference to D.C. Comics) and divert the end of the world a la the return of Cthulhu.﻿ The movie was Directed by Henry Saine and stars Kyle Davis, Devin McGinn (who also wrote the film) and Matt Bauer. I must say that this film was pretty entertaining through out. 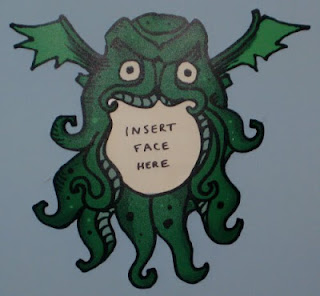 The film as a whole was not short on humor. Through out the one hour and eighteen minutes it played I was laughing pretty consistently. I am also pretty impressed with the special effects and the creature costume. The lesson would be filmmakers can definitely take away from this film is that you should not have to heavily rely on C.G.I.. Your film could look just as good with paint, latex and a trip or two to the local butcher's shop. That being said, there was a tiny bit of gore here but not enough to really gross anyone out (unless you are particularly squeamish). So over all I say job well done. This film featured clever writing, lots of action and some cool effects. I am pleasantly surprised considering I thought I would hate it.

P.S.
If anybody is geeky enough to make a mask out of pic number two, please send me a pic!
Posted by B_Movie_Guy at 8:15 PM No comments: