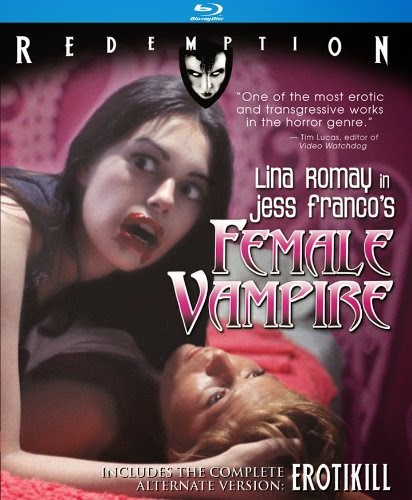 The first three minutes of this film had me laughing so hard I nearly choked to death. The film opens up with our main character walking in a foggy forest clad in only a cloak and a belt. We see a series of awkward close-ups of her. Then, and I swear I am not kidding, the actress actually walks into the camera. You can actually see her chin bump the camera lens. And that is what kind of shit-fest you are in for with this one. "Female Vampire (1973)" was written and directed By Jesus Franco (that should give you an idea of where this movie is going) and stars Lina Romay, Jack Taylor and Alice Arno. The plot is a sexy female vampire seduces men then kills them. Yup. That is it. If you have a hard time finding this movie, by the way, it is because the film has been re-released so many times under so many different titles, with it's director using so many different names that I could hardly do any research for this article. 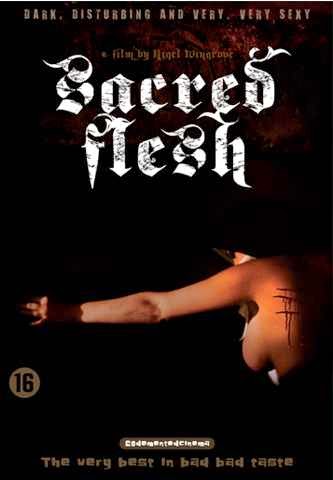 When I was a kid, the nuns I saw were bitter old ladies who could be described as anything but sexy. Yet, I keep meeting people from various walks of life who seem to have an attraction to these women. I do not understand it myself but the filmmakers here obviously seem to. (Sacred Flesh (2000) was written and directed by Nigel Wingrove and stars Sally Tremaine, Monya Cope and Simon Hill. What little plot there is focuses on a nun who receives sexual and violent visions from all the other nuns in her convent. She soon decides to take it upon herself to "cleanse" the other nuns. This film has very few (if any) redeeming qualities. But lets face it, if you are willing to invest your time and (hopefully not) money to watch this movie than you are probably not going to care very much about the quality of the plot, directing, special effects, writing and acting (for the record, the sets in this movie did look really cool). There is, however, a lot of sexually explicit scenes. The question for me is; Is it possible to mix eroticism with horror and still produce a good movie? 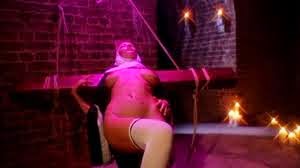 I believe the answer is yes. Films like Antichrist (2009) and (believe it or not) "Strip Nude For Your Killer (1975)" do a wonderful job of mixing eroticism and horror. The key to it is to still tell a good story and convey a compelling message. That is what makes any movie good. Most flaws in a film could be overlooked as long as the audience is kept engaged in the story, just so long as you do not have too many flaws. But this movie fails because there is little to no story at all. On top of that, the dialogue suggests that there is some kind of deeper meaning behind all of it, but even that gets lost in all the explicit material. Honestly, if you are that into nuns, just get yourself a good antivirus program and search any porn site for nuns. Stop kidding yourself... pervert.