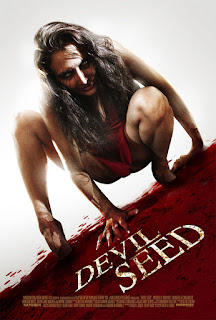 I was pleasantly surprised by this film only because it was nowhere near as terrible as I thought it would be. "Devil Seed (A.K.A. "The Devil in Me")" was directed by Greg A. Sager and stars Michelle Argyris, Shantelle Canzanese and Vanessa Broze. The film is about a girl who goes to get her fortune told and is unfortunately possessed by a demon. So what this film has going for it is a good cast turning in solid performances, pretty good pacing and decent writing. If you are a new comer to the horror genre you might even get a good couple of scares out of it. I also have give credit to the director for not throwing in too many cheap jump-out-scares. In addition there are some pretty good looking special effects and a good couple of nude scenes thrown in  there as well. 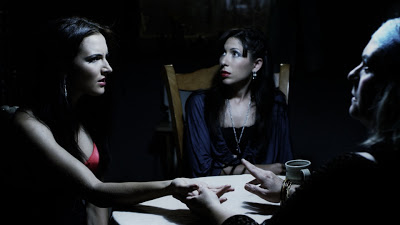 Unfortunately, for as decent as this film is, it does fall victim to every last cliche in the book for demonic/satanic possession films.  If you have already watched films like "The Exorcist(1973)," "Rosemary's Baby(1968)" or "The Amityville Horror(1979)" then you can just go ahead and skip this film because you have probably already seen everything it has to offer. In closing, the movie is only decent and not bad for a date or a just a quiet evening at home, but for a true horror fan, you will most likely want to just pass this one by. 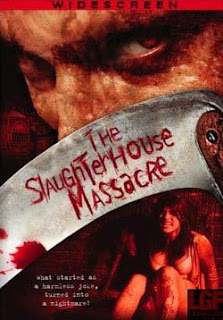 Have you ever sat down to watch a movie and just knew that there was no possible way that what you were about to see would be any good? That is exactly how I felt going in to this movie. "The Slaughterhouse Massacre" was directed by Paul Gagne (whom also plays the films villain) and stars Stephani Wells, Cory Nelson and Shaila Vaidya. The plot follows four college students exploring a slaughterhouse that was abandoned after a murder and (spoiler) then get slaughtered themselves (as if you did not see that one coming). Right from the very beginning the problems start popping up. The film and audio quality is absolute shit and the movie as a whole feels as if it were written by a thirteen year old boy. To make matters worse the film is overall just boring and predictable and the acting was so bad it made me even more anxious to see the characters get murdered. Which brings me to the death scenes. They were so horrible looking that I was actually cringing.

Mind you, I wasn't cringing because they were to gory. Two of them were shot with CGI so bad the SyFy channel would have been embarrassed. The lesson here is that if you do not have the budget for a believable death scene, then just do not show it. Let your audiences imagination do the dirty work. Just to give you an example of how bad this movie sucked, the still to the left was as interesting as it ever got and even that scene was pretty boring. There are some failed attempts at humor and one other sex scene, but overall I actually feel like my IQ dropped a bit while watching this stinker of a movie. Blech...

Beast Beneath (How Not To Make A Monster Movie) 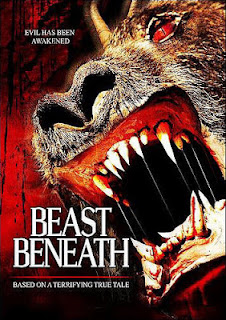 Well, it's Monday and I'm looking around for a movie to watch when this little gem catches my eye. The cover looks pretty good and I do love a good monster movie. On top of that, "Based on a terrifying true tale." Where could I go wrong...? Everywhere. "Beast Beneath" was released in 2011 and was directed by Julian Higgins (who directed a bunch of other shit I've never heard of) and stars Bertie Higgins (I'd check to see if he is related to the director, but I just don't care), Mike Agresta and Phillip Agresta (once again, I just don't care). This movie is so bad it is a crime. How bad? I almost turned it off after realizing i had been watching for forty seven minutes and absolutely nothing had happened. To make things worse the acting sucked, the dialogue was terrible and the movie as a whole was just so unbelievably boring that for a moment I actually contemplated suicide! 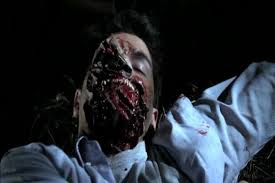 If there is any redeeming quality here it is that the creature effect was actually pretty good. When you finally see the creature it is actually pretty impressive. unfortunately the film builds no suspense at all, so as cool as the monster is, by the time you see it you probably won't even care. In closing, I have to say that this was a pretty lame movie and should probably be avoided. Normally I like to give credit to filmmakers for at least trying, but I do not feel like they were trying. Lesson to all filmmakers: If you base your film on a true story, please make sure it is an interesting one.