The Witchouse Trilogy (Part 2 of 3) 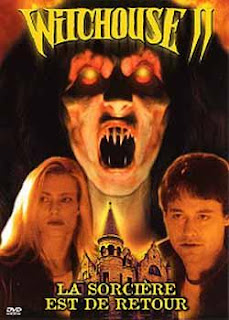 Score : 4 out of 10
At the very least, so far these movies are not getting any worse. In fact, dare I say, this one was almost enjoyable. The reason for this one being better than the last, I'm guessing, is replacing both the writer and director. "Witchouse II: Blood Coven" ﻿was directed by J.R. Bookwalter (some of you might remember his slightly more popular film "The Dead Next Door") and stars Ariauna Albright (returning as the evil witch "Lilith"), Elizabeth Hobgood and Nicholas Lanier. It also features a pretty forgettable performance from Andrew Prine. Sitcom fans might remember Mr. Prine for his portrayal of "Psycho Dad" on the show "Married... With Children." The plot follows a small team of researchers who are sent to a small town in Massachusetts to investigate some recently discovered graves. Soon their leader is possessed by an a long deceased witch and all hell breaks loose. 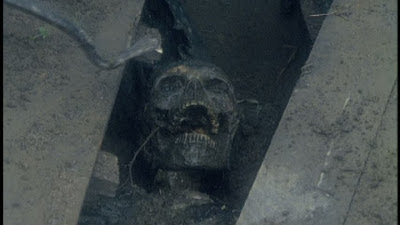 Not surprisingly, this film shares a lot of the same flaws as its predecessor. Bad dialogue, worse acting and bad special effects﻿. What I found particularly annoying about this film was actually two scenes that were supposed depict one character walking around with a hand held video camera while holding up conversation with one or more other characters. These scenes had the potential to be intense but come off as obnoxious because the voices of the characters holding the cameras (who are not visible) were recorded in a studio in post. This creates a very noticeable (and distracting) difference in audio quality from one line to the next. On top of that by the end of the film, I was not engaged at all, I was just waiting for it to end. Oh well... we still have one more film to try and turn it around. It could be good... right?
Love,
The B-Movie Guy
Facebook: B-Movie Guy   Twitter: @BMovieguy   #BMovieblog   #Witchouse2