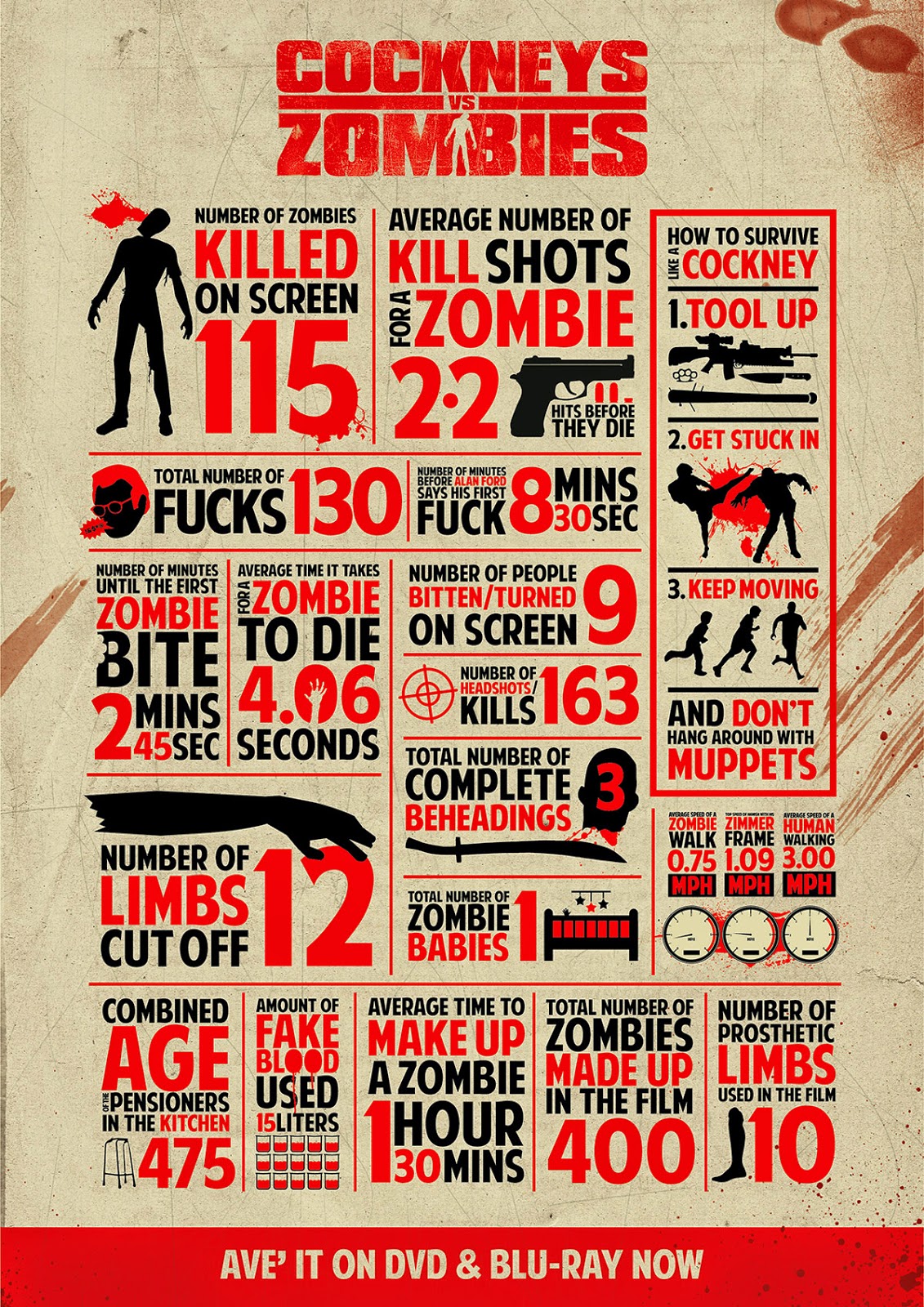 Normally I like to go into a movie blind (meaning I do not watch any trailers or read up on the film at all) and just be surprised, but admittedly I saw the trailer for this movie and decided I had to see it. "Cockneys Vs Zombies (2012)" was directed by Mathias Hoene and stars Rasmus Hardiker, Harry Treadaway and Michelle Ryan. The film focuses on a small group of bank robbers and a connected group of nursing home residents who are trying to survive a zombie apocalypse in London. The film is fast paced and funny. The info-graphic/poster to the left should give you an idea of just how fast paced this movie was. But what immediately struck me about this movie was in fact the humor. Ever since "Shaun of the Dead (2004)" there have been quite a few comedic zombie films (some good, some not so good) so when I first heard about "Cockneys" I instinctively rolled my eyes, but the more I watched the film the more I found myself laughing out loud. 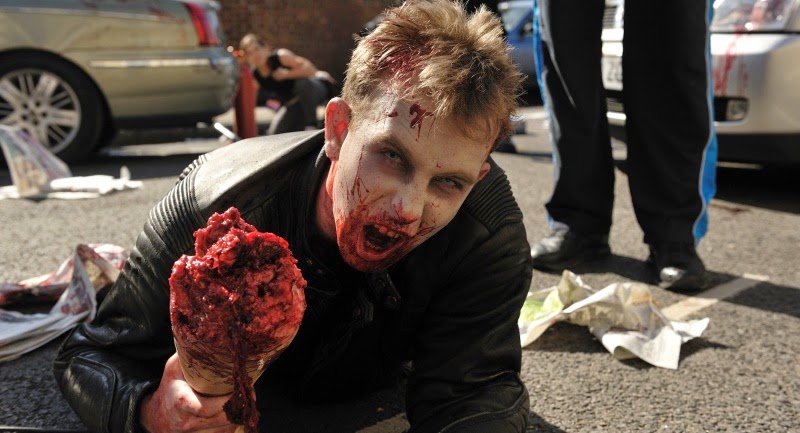 The down side of this film is the special effects. They seem to range to really good and well thought out to bad and completely phoned in. Although, the acting (an jokes) in this movie is so good that even when the special effects did get bad I felt like I could excuse it. I have said many times before, special effects do not really make a movie, good story telling does, and that is what is at the heart of this film. Through out all of it I genuinely cared about what happened to the characters. The combination of humor and a good story are what really put this movie head and shoulders above most other comedic horror films. I might even put this in my top five favorite zombie films.