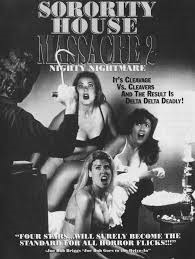 Normally I do not like to review sequels with out first reviewing the previous film(s), but I am genuinely confused over what this movie is a sequel to. The original "Sorority House Massacre(1986)"﻿ is a weird hybrid of slasher and haunted house movies, but the clips shown in the flash back scene of this movie are from "The Slumber Party Massacre(1982)." I wonder if the logic was, "Who cares? No one will ever watch this crap anyway." "Sorority House Massacre II(1990)" was directed by Jim Wynorski and stars Gail Harris, Melissa Moore and Stacia Zhivago. The plot is about a bunch of girls who purchase a house where some pretty gruesome murders happened in hopes of turning it into a sorority house. It is not long before the girls themselves start getting murdered. If you can not tell by the plot, the whole movie is really nothing more than an excuse to have a group of sometimes naked women bouncing around on screen. If it honestly were not for the one or two nude scenes this film would have almost no redeeming quality. 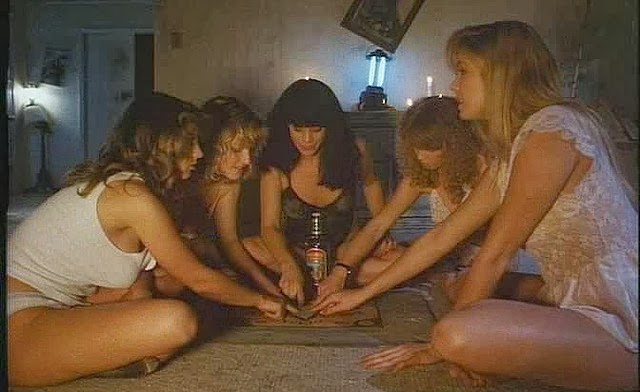 What really hurts about this movie is all the mistakes. There are at least three moments in the film where you can see the shadow of equipment being used off camera. I am almost left with the impression that the filmmakers were not even trying. Between the terrible acting, writing, directing and the mistakes, I almost believe that the whole idea was to make the whole movie as fast as possible for as little money as possible for the sole purpose of turning a quick profit and that makes me hate this movie so much more. Although, after seeing some of Jim Wynorski's other movies, I should have expected this to suck.


P.S.
You can check out my review of "Slumber Party Massacre" here.
Posted by B_Movie_Guy at 6:36 PM