No Holds Barred (What Was I Thinking?) 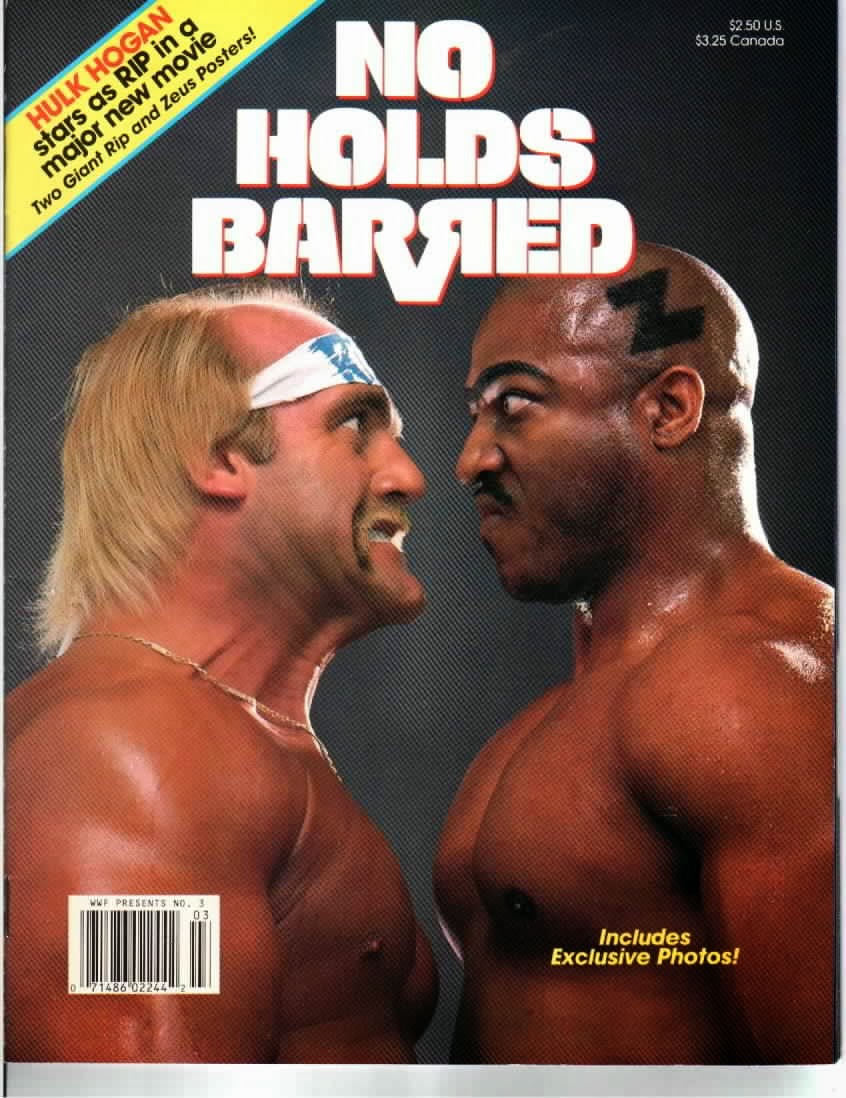 Score: 5 Out Of 10
I grew up a fan of professional wrestling. More specifically, I grew up a "Hulkamaniac." If you do not know what a Hulkamaniac is, do not worry, you are probably better off not knowing.﻿ That being said, I vaguely remember watching this movie as a kid and really loving it. So when I saw it while browsing Hulu, I thought, 'There is no way it was that good.' In a way, I was both right and wrong. "No Holds Barred (1989)"  was directed by Thomas J. Wright and it stars Hulk Hogan, Tommy 'Tiny' Lister and Kurt Fuller. The plot is just a movie version of a late eighties/early nineties WWF story line. Rip (played by Hogan) is the WWF champion and refuses to sign a deal with a competing TV network (this aspect of the story actually mirrors the real life rivalry between WWF and WCW, who was owned by Turner Broadcasting), so the TV network puts together a competition to find a Challenger to take down Rip. Unfortunately the wrestler they get is a complete psycho. 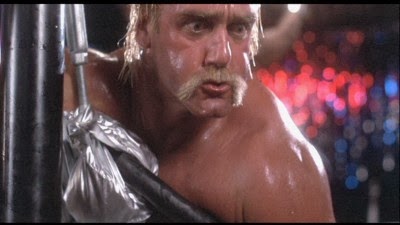 This is a pretty terrible movie. The acting is bad, the dialogue is borderline ridiculous and the plot does not make a whole lot of sense unless you are an avid wrestling fan who is accustomed to wrestling story lines. There is a romantic subplot at work here, but all the scenes between Hogan and his love interest are just plane awkward. On the other hand, I had a lot of fun watching because the whole thing seemed more like a cartoon than a movie. Maybe it speaks to what appealed to me about wrestling as a child. There are silly characters that take themselves way to seriously and the unrealistic nature of the violence portrayed is pretty kind of fun. I say, throw this movie on, invite over your wrestling-fan-friends and have some laughs. I guarantee, if nothing else, this movie will at least get some laughs out of you.
Love,
The B-Movie Guy.
Facebook: B-Movie Guy   Twitter: @BMovieguy   #NoHoldsBarred   #BMovieBlog 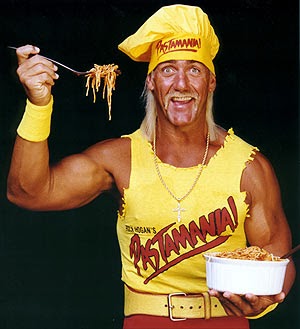