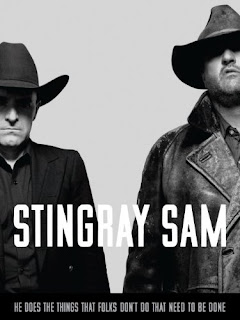 Score: 7 Out Of 10.
So, not long after watching "The American Astronaut," it was brought to my attention that writer/director, Cory McAbee, made another film that takes place within the same universe, but is not a direct sequel. That is actually nice because I do not typically enjoy sequels. "Stingray Sam" stars Cory McAbee (yup... wrote, directed and stared in... again), Crugie, and Joshua Taylor. Also, the film is narrated by David Hyde Pierce and all the music is written and performed by The Billy Nayer Show... again (the soundtrack was pretty good this time as well and is also available on iTunes). All in all, this was a pretty fun movie and from what I understand was shot in a way that would make it enjoyable on any device (honestly, I watched it on a 40 in. HDTV, so I can't really speak for how true that statement is). The jokes all work, the soundtrack is pretty awesome and they even manage to sneak in a little bit of social commentary. 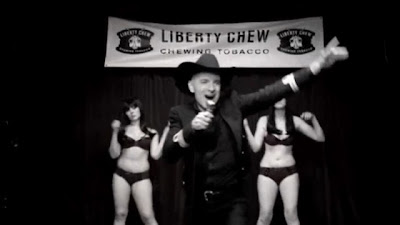 The problem with "The American Astronaut" I felt was the pacing. Fortunately this film does not suffer from the same problem. This film moves along a lot quicker. There seems to be two reasons why. 1)The film is broken up into six episodes, each with an intro and it's own set of credits and 2)as a whole, the film is about a half hour shorter.  Unfortunately this seems to lack some of the charm from it's predecessor. The first film just seemed to have more of an edge to it where this film almost seems like an excuse to work out all the ideas that Mr. McAbee could not fit into the first film. Still very enjoyable, though.
Love,
The B-Movie Guy.
Twitter: @Bmovieguy   #Bmovieblog   #Stingraysam    Facebook: B-Movie Guy.
﻿